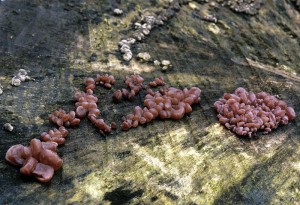 The time in which you can easily meet ascocoryne sarcoides mushroom at the forest – early August – end of November. The best place that is ideal for the development of this fungus is considered a fallen tree or a stump – namely birch.