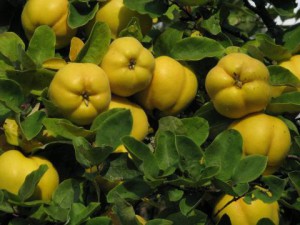 The japanese quince, the care

Today’s, the Japanese quince (see. Photo) becomes quite interesting to the gardeners. And also the growing of Japanese quince from the seed. As the many gardeners wonder “the quince is the tree or the shrub”, I would like to say that the quince is a bush, with a huge harvest, this bush does not make a good gardener to wait for a long time for the fruits.
In Ukraine and Russia (in the middle line) one can grown two most popular types of the quince – a japanese low quince and japanese high quince. As we can see, from the name, all of these two kinds of bush was imported from Japan.

The growing of quince, as a rule, you should do in the early spring. During this period, you need to plant a quince in the ground, to the beginning of the opening of the kidneys on the bush. Especially if you bought the cuttings of Japanese quince low, you need to plant it at first in the middle of March.

The proper growing of the quince from the seed

Also, for the growing of the quince we can use the seeds. So that to do this in the beginning or middle of February you should put the seeds of quince in a small box with the wet sand, approximately for 60-75 days. In the early March, we begin the planting in yet wet soil. It should give to the seeds a great amount of energy for the formation of the root system of the bush, it should grow to the beginning of autumn to 50-55 cm. You need to pay attention that in the autumn you should replant the seedling of the Japanese quince on its permanent area. It should be in the soil no deeper than it was until the autumn. If you want to make a garden of quince, a distance between the bushes should not be more 1 m, and the width between the lines not more than 2.5-3 m. The quince bushes prefer the areas that are protected by a huge wind, you should think over this.

The japanese quince, the care

In the process of growing the bush of quince, the development of brunches should take the area in parallel on the ground under a the bush. It is necessary to notice the height of the bush to the ground, it should not be more 25-45 cm. You should clean always the quince of unnecessary branches to prevent the increase of the bush and branches. As a rule, on the quince should be no more than 15 branches.