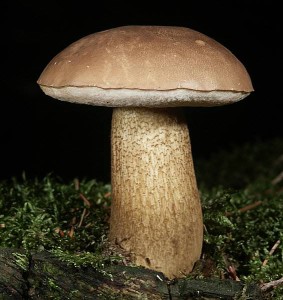 Inedible fungus gall, false white mushroom or fungus gorchak photo and description of non-edible and poisonous mushrooms. How does the fungus bitterling

Inedible fungus gall, false white mushroom or fungus bitterling (Latin Tylopilus felleus.) – Due to its strongly pronounced bitter taste fungus is related to the list of inedible mushrooms. Even after treatment with a bitter taste instead of to disappear, on the contrary – is increasing.

Mushroom caps bitterling can reach 10-15 cm in diameter. Color of hats yellow-brown, light-brown or pale yellow. Leg reaches a height of 7-10 cm. The flesh is of white color, after the damage has the ability to change the color to pink. The smell like and taste – highly unpleasant.

Meet the fungus can gorchak since the beginning of July to the end of October in the coniferous forest types.

As I wrote earlier, the false white mushroom inedible because of its taste. Also, he has a great similarity with some edible types of mushrooms such as porcini or boletus ordinary.