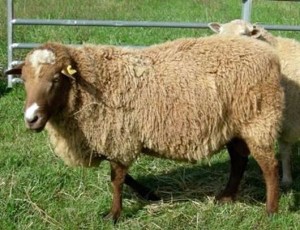 The breed was created in the lands of the former Soviet Union at large breeding spaces in the 20-30-ies of the last century. Caucasian breed of sheep is based on merino sheep, which have completely different characteristics. At first the breed was small dimensions: sheep weight reaches a maximum of 75 kg, and the sheep – 40 kg. high quality wool, thin, straight, but because of what is available is quite rare, scoured wool yield is only 1.5 kg. Another shortcoming as wool is a high level of heat. The body is constructed with some disadvantages: small breasts, sharp withers and legs close together in the joints.

To follow all the processes for the creation of the Caucasian breed, you should go through 3 periods, each of which lasted 5 years.

The first period began in 1921 and ended in 1926. At this stage the new perfected Merino sheep Caucasian type without mixing with other breeds.

The second period lasted from 1926 to 1931. During this period, we began experimenting on improving the construction of the body, weight and quality of wool. For this breed of sheep were imported American Rambouillet. This attempt was very successful, because the quality of the newly Caucasian breed improved significantly.

In the third period, which lasted from 1931 to 1936 the development of the Caucasian breed was successfully completed. In subsequent years, he engaged in breeding work S.F. Pastukhov. Recent robots to improve the breed took place in the 90s, when a new species of the Caucasian breed was created. New sheep were larger than average (adult sheep could reach 180 kg, and the sheep – 70 kg), the meat had a good taste, and the wool is more delicate and dense.