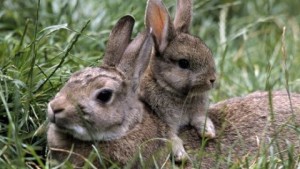 Screening and selection of rabbits, tips, descriptions and photos

The selection includes a choice among the total number of flocks of the most productive rabbits to be used as breeding. Selection presents himself scientific system of mating animals to produce brood rabbits meet certain standards. Even Darwin developed a theory about the selection and recruitment of rabbits. He created a large material on animals and plants in different countries, and found that the main points are selected and the selection in the breeding of new species of animals, plants and the improvement of existing ones.

Among the Russian scientists have studied the selection and recruitment as IN Kuleschov, EA Bogdanov, MF Ivanov, MN Pridorogin. These consisted mainly in the successful breeding of rabbits. As is well known breeders, animals of the same litter on one quality may be similar, for example, breed, and on the other, fertility, immunity, no. Even animals and kindling one female look different. For example, such as a breed rabbits “Chinchilla Soviet” bunny one 3 months, weighing 2.3 kg, while the rest of the same breed and age will weigh 2.7, 2.8 or 1.6 and 1.8 kg. This difference is due to heredity, feeding. Selecting individuals of the same species with pronounced differences between highly productive and improving the quality of the herd, breed in a particular direction for breeding.

Selection of preserves, secures property collected in the pack, which is carried out the selection. The results of the selection are enhanced selection, and improving the quality of rabbits in the new knee. Screening and selection are closely related to one another and form a single whole, different indicators will be, if in a complex to use one and the other receiving. Any breeder will tell you that to start breeding animals should be a selection of the best representatives of the breed, and then begin to mate. Among born again rabbits are selected, and then create a program for mating. The technique is effective in the conditions of the farms where they grow a large number of animals, this is due to the fact that these farms range of variation in large herds and a greater chance for selection and recruitment.

Breeding work is necessary to maintain constant from one generation to another taking into account the content, the power, the direction of the economy. The selection is carried out taking into account body weight, skin color, reproductive, build of body growth, fleshy, health. Rabbits were selected, depending on the stage of young life. According meatiness rabbits taken in 2 – 3 months, and the quality of the skins in the high fertility. At first, the young offspring weaned from the mother in 30 or 40 days, given the fertility of females, its relation to litter, as rabbits are viable (this point is observed from birth to absences), and how much weight they have in the day otsazhivaniya from rabbit. Of great importance is the presence of rabbit born dead child, her milk production (to milk enough for feeding of at least 8 rabbits) to pups not trampled, I do not eat, do not scatter.

Then the selection is carried out in 3 months, leaving the best of the breed by weight. Those that did not pass, allowed the selection of meat. The third selected young, just prior to mating in 4 – 5 months, paying special attention to skin quality, weight (not less than 3.5 kg), stature, they mated. The final judge as rabbits by their origin, weight, density, color of skin, reproductive ability of the offspring. Assessing the rabbits to these qualities, it allows selection of the best representatives of the breed, to improve them.